Conflict between Israel and Palestine is continuing because hatred has replaced love. (31.07.2014) 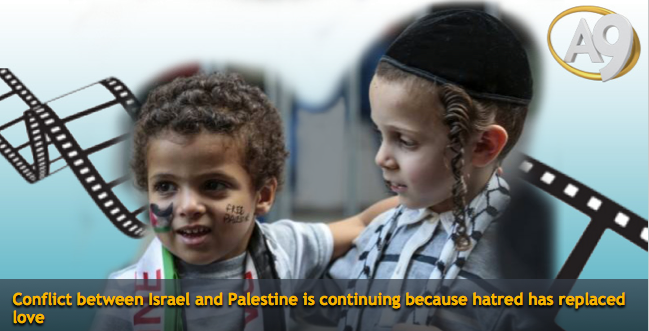 - Israel announced that it would implement a ceasefire in certain parts of Gaza yesterday. Then after the ceasefire it began hitting various parts of al-Shujaya district. The number of Palestinians killed has risen to 1238, and the number of injured to 7170.

Adnan Oktar: The forces resisting the system of the Mahdi with all their might are responsible for this. The forces resisting Islamic Unity with all their might are responsible.  Those resisting the coming of Moshiach are responsible for this. If love ruled the world, if everyone said they desired love, these things would not happen. Since there is no talk of love, there is talk of hatred. Because hatred exists where there is no love. If you insist on not talking about love, you will inevitably talk about hatred. Hatred thus replaces love. Everyone must talk of love. Let love rule the world. Then all these scourges will be unthinkable.

- If Israel continues bombing, they are talking of genocide since there is nowhere to flee to in Gaza. Israel is killing almost 100 Palestinians a day. The majority are children.

Adnan Oktar: My brother, this peace agreement can be made and adhered to. They say they have made peace for 4 hours. Instead of that, make it unlimited. Why impose a limit? Make peace unlimited, and live at ease. Let the fighting end. Be friends and brothers and rejoice.

I am amazed at these actions of satan and the dajjal [antichrist]. I am amazed at their strength, and at how people go along with them. Obey God, not the dajjal. God speaks of love, but the dajjal of hatred. They go along with the hatred of the dajjal. They reject the love of God. These things will continue until they go along with the love of God. For one thing, they must desire Islamic Unity, the system of the Mahdi, love and brotherhood. They must love all things created by God. They must treat them with compassion. Otherwise there will be no end to scourges when ruthlessness and wickedness persist.

-As you said, Palestinians could be admitted to Egypt or Jordan. They are really trapped against the sea.

Adnan Oktar: There is no love in Egypt or Jordan. Let us set up a hashtag called ‘lovedefeatscruelty,’ Everyone is inflicting evil on everyone else. Ninety-nine percent of people are oppressing one another. That scourge can easily be eradicated with love. God has created love as a medicine. Love is a blessing, a source of ease and fun and beauty. I am amazed at their refusal to accept it.

Adnan Oktar: They want to fight against Israel together. My brother, resolve it with love, not war. It is unbelievable. Replace hatred and war with love. You cannot get anywhere with hatred and war. It is atrocity to choose such a path and follow the people of the dajjal when such an easy path is available, it is just atrocity.