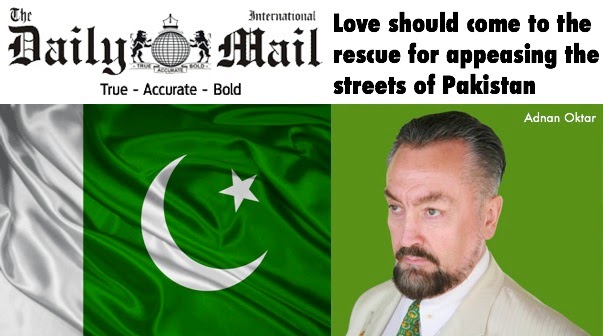 
Pakistan is in turmoil amid street protests demanding the resignation of the current government. The incidents initiated by the opposition on August 14th, under the rubric of Revolutionary March, have turned the country into a theater of combat. Three people died in the clashes while five hundred have been wounded. Although the incidents in the vicinity of the area called the Red Zone which houses government ministries have started to diminish, their impact is still ongoing. The military has taken over control of the area. Right now as the negotiations between the government and the opposition are progressing, arrests are continuing to put an end to the protests. It is reported that hundreds of protestors are being held in custody.

Imran Khan, the leader of Pakistan Tehreek-e-Insaf/ Pakistan Movement for Justice (PTI) claimed that the 2013 general elections were rigged and requested the resignation of the government. Pakistan Awami Tehreek (PAT) leader Tahrir-ul-Qadri, on the other hand, declared that he will make a new revolution when he returns to his country from Canada in June and he called his supporters into the streets for public demonstrations.

Before all else, if the opposition claims that there has been fraud they should carry all the evidence they have to that end to the Pakistani courts and if there is a need for reforms in jurisdiction and in the constitution, they should inform the public in this respect and lead the government towards these reforms. But no matter what, all such objections should be carried out with love, in a way that would never harm the integrity of the country. Respecting the results of the polls is one of the main elements of democracy. In the 2013 elections, Nawas Sharif's party won a victory and assumed 189 chairs in the parliament; PTI and PAT became the opposition parties with respectively 34 and 46 chairs in the parliament. This is the third time Prime Minister Sharif assumed the office. Previously he had been overthrown twice in military coups. There have been three military coups in the country after they declared independence in 1947 and right now, Pervez Musharraf is on trial for staging a coup.

It is very important to announce an inaction plan between the parties in Pakistan for the sake of national interests and the unity and solidarity of the country. Turning the streets into a war zone simply because of some political goal or trying to oppress the public is in conflict with the concept of democracy. Of course it is very important for the opposition to have a voice; having a strong opposition means having a strong structure and an advanced democracy for a country. What is unacceptable is the increase in acts of anarchy and violence in the streets. Leaving the parliament and the politicians unable to work owing to unlawful protests is against the universal provisions of law. Every act carried out with violence increases the subsequent use of violence which causes brothers to turn against each other and that is something that would drag any country into disintegration and ruin.

The tradition of suspending democracy should cease being a classical standard for Asian countries as it diminishes the quality of life. An order that could start great reforms in the country and that could strengthen the economy and increase quality of life standards should replace political instability and fragile democracy. Pakistan is very important for other Islamic countries as well. Ensuring stability in this country works in favor of stability in Afghanistan, in the problematic region of Kashmir and even in the Middle East. It also means economic development in the region - especially in India and Iran.

The Pakistani people are invaluable. They deserve to live in brotherhood, peace and love, enjoying an advanced democracy.

The country is not only struggling with political instability but also with the most destructive flood disaster of the last 60 years, which struck the northeast of the country and Punjab province. There is a general infrastructure problem in the country and the people overall are very poor. The national income per capita is only about 1300 dollars.

Along with these issues, Pakistan is also hosting about 1.6 million Afghan refugees right now. The return of the entire Afghan population to their homes until 2015 is targeted.

On the other hand, clashes with the Taliban are still going on in the country. In June, the Taliban attacked the Jinnah International Airport in Karachi and the Pakistani Army is organizing many operations in response to that attack. It is estimated that about 572,000 people have been displaced because of military operations. Moreover it has been reported that 6,000 rockets have been fired from Pakistan on to Taliban positions in Afghanistan.

Under these circumstances, it is crucial for all political figures and the entire Pakistani people to be in unity and solidarity. The politics of love should be adopted before all else. The only solution is to uproot the philosophical background of violence in the country through a rational and educative mobilization.