Jesus Messiah will not come with a prophethood duty, he will come as a subject of the Qur’an 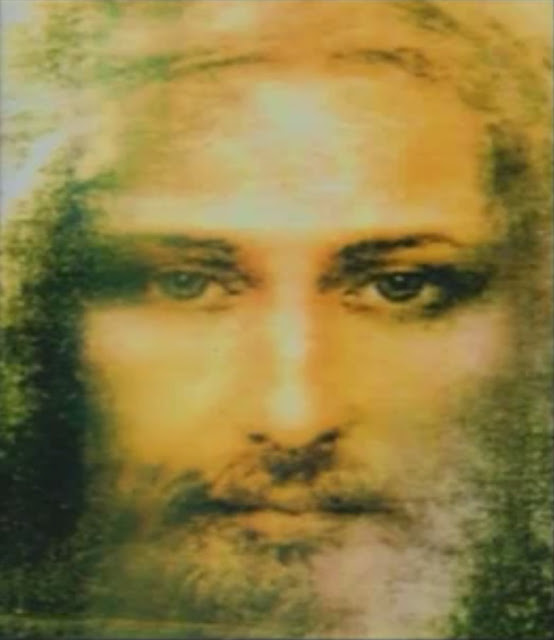 ADNAN OKTAR: "When he bows his head, water drips, when he lifts it, beads like silver pearls roll down his hair." This is Jesus Messiah. "Water drips from his hair even though it does not come into contact with any water." Abu Dawood. I will talk about what the water on his head means later, insha'Allah. Look, "His hair is wet even though it did not come into contact with any water." We will talk about what that water means in another conversation. Our Prophet (saas) puts quite an emphasis on this subject. He deems it significant. This must mean it has a vital importance. Jesus Messiah has a thin waist, while Hazrat Mahdi (pbuh) does not. Hazrat Mahdi (pbuh) has a bulky body overall. "His face is pure and bright," says Al-Nabawi Ibn-Hajar. "His face looks red as if he just got out of a bath house," says al-Bukhari. "He has a calm and lively expression. His mouth and nose have a perfect beauty." He has a small, nice, upturned nose. "His forehead is even and clean. He has a dense beard." Jesus (pbuh) has a clean-cut beard. He has an elegant beard, not a classic, full beard. "His eyes glow like fire. His face is white with a red tinge," writes Al-Tabarani in his book, al-Kabir. Our Prophet (saas) is describing what he has seen. What I am telling you are hadiths. And the rest are the verses of the Qur’an. "His eyes are greenish gray." Jesus (pbuh). "He has a sharp look and freckles on his face." He has freckles on his hands and feet too. "He has chestnut hair tinged with a touch of gold." His beard is the same color. It is light, meaning it is a mix of blond and chestnut. "It is as if water drips from his hair." There is an extraordinary situation here. It is not something ordinary. His hair looks wet, well-groomed and mildly wavy. So is his beard. Jesus' (pbuh) hair comes down to his shoulder bones. It is not short at all. His hair is straight down to his ears, and then the rest is wavy. I am describing him so that you won't be surprised when you see him. "He has a small and pleasant nose, his hands and feet are clean and radiant. He has a gentle and content demeanor, he is athletic. His fingers are delicate and long.” In other words, he has thin, delicate hands. "He has an agile, strong body. People wouldn't want to avert their gaze from him once they look at him," says our Prophet (saas), they can't take their eyes off him.
What is interesting is that Catholic and Orthodox Christians, all will acknowledge that he is Jesus Messiah. He is known as the prophet of Christians, as you know; Jews deny him. But what is interesting here is even the Jews will acknowledge him when he comes. "There is not one of the People of the Book who will not believe in him" says God in the Qur’an, that is a miracle. Jews absolutely deny him, they do not recognize him as a prophet. They claim "no such prophet existed." But they will acknowledge him once he comes.
OKTAR BABUNA: On the occasion of Moshiach?
ADNAN OKTAR: Yes. Our Prophet (saas) says, "Leave the right side of my grave empty." People can go and see that there is a considerable space left next to his grave. On his right lies Hazrat Abu Bakr (ra), and Hazrat Omar (ra) is buried further. Normally, he would be buried right next to our Prophet (saas), right? Why would such a considerable amount of space be left? They left a space next to the grave of our Prophet (saas). He says, “Bury my brother Jesus next to me so that we can rise together." "Qum" says God, meaning "rise". Upon hearing the word, Qum, they suddenly come to life. The spirit of God is prevalent in everything. Before you know it, they are alive. Our Prophet (saas) and Jesus Messiah are the first ones to rise. Others will follow them. Jesus Messiah is the manifestation of God's name, "Al-Hayy". The name "Al-Hayy [The Living]" manifests itself in him the most.
Ether encompasses the whole universe in the form of a sea. "The Spirit of God moved upon the face of the waters," says God [in the Torah]. In other words, "The spirit of God is everywhere." We see this frequently in the Qur’an. Otherwise there would be no motion, there would be nothing.
"Messianism is Judaism," writes The Great Eagle is not Dead, 3636; "Messianism is Judaism.” I am asking you, who will be considered the last prophet when the Messiah descends to earth again? Our Prophet (saas). The Messiah will come with the prophet title only, not with the prophethood duty. He has the title, but he will be subject to the Qur’an. Jesus Messiah will come as a Muhammadan. "Messianism is Judaism" it is stronger. If it exists in Judaism, in the pages of the Prophet Abraham (pbuh), if the Mahdi was heralded by the Prophet Noah (pbuh), by the Prophet Abraham (pbuh), by the Prophet Moses (pbuh), if it is written in the Torah, than Mahdism is right, it’s true. It’s something you cannot deny. "It is written both in the Torah and the Psalms," says our Prophet (saas). "You can look there," he says.
BULENT SEZGIN: Mr. Oktar, there is a symbolic painting of the Prophet Jesus (pbuh), can we show it?
ADNAN OKTAR: Let me see. Yes, it is about right. Imagine his nose a bit smaller, slightly smaller and it is about right.