There are no rules about how to read the Quran; the Quran is a completion of a Muslim's life 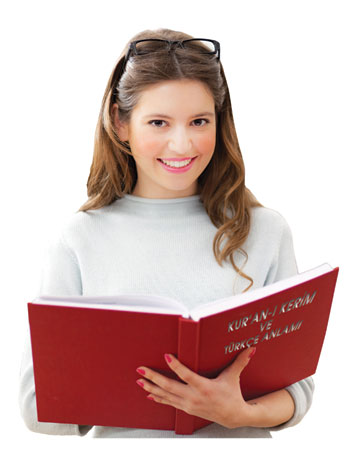 There are no rules about how to read the Quran; the Quran is a completion of a Muslim's life:

Adnan Oktar: You put the Quran inside a cover it with a nice veil and put it on the wall. You dust it every two months. That's it. But when you can read the Quran wearing short-pants or without ablution, it will become your bosom friend. You will embrace it and it will become a part of you, your life. The Quran loves you with or without ablution, with or without shorts, as long as you always keep it by your side. Read it day and night. Put it under your pillow when you go to sleep. Do not leave it ever. For the sake of respecting the Quran, you alienate yourself from the Quran, let alone respecting it. Some people put it on the wall and some goes even further and say, "I do not sit in a room where there is Quran" or "I should not enter where there is Quran" they say. In that case, the only solution left is to get the Quran out of your house. Because when they take the Quran out of their house, they feel relieved. They say, "I do not lie down in a room where there is Quran.

The life is not lived where there is the Quran," they say. It can be lived. You can play music or stretch your legs and lie down around the Quran. You can read the Quran while you are lying down on your bed; there is nothing wrong with it. You can read it while wearing shorts or undershirt. This is the SCHEME OF SATAN TO ALIENATE PEOPLE FROM THE QURAN. The Quran is your life so you should keep it by your side in all parts of your life, be it in your car, under your pillow, or even when you visit the market. It should be with you wherever you go. Do not be afraid, there is nothing wrong with it. The Quran loves you. But by doing so, you will only distance yourself from the Quran. Do not fall in to this trap.

They play a similar game on women as well. They say, "Do not touch the Quran during your period. And do not go to the mosque. Do not perform prayers. Do not remember God." This way, you spend the majority of your life AWAY FROM THE QURAN. In other words, you take away the one third of your life. And with what is left of it you say, "Hell will swarm with women. The 99% of those in hell will be women." You say, "Satan is the companion of the women." What is your problem with women? You do everything you can to ALIENATE THEM FROM RELIGION. You call them "half-wits." You call them "inhuman." You call them "Semi-human." You say "Their words are invalid." You say ,"Do the opposite of what women tell you." What is this hatred? What kind of mentality is this? Even if you do not do this out of hatred, you are still on the wrong path. You are on a horrible path. They are oblivious of their actions or the damage their actions cause".